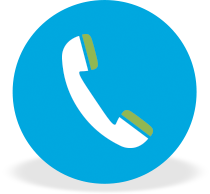 A crucial part of the Veramendi Master Planned Community is the dedicated Commercial Development opportunities. What makes these opportunities so special is the fact that Veramendi is ideally located within the Central Texas growth corridor between Austin and San Antonio being 33 miles from Downtown San Antonio and 49 miles from the State Capitol in Austin. This corridor is widely known as one of the fastest growing areas in the nation. New Braunfels was recently identified as the nation’s second-fastest (2015) and ninth-fastest (2016) growing city with a population of 50,000 or more according to the U.S. Census Bureau. Since the year 2000, total population has increased by 58%.

Veramendi boasts 1.9 miles of frontage on Loop 337 which is currently being expanded to double its current capacity. The development is also bordered by 1.7 miles of Guadalupe River frontage. The total acreage of the development is +/- 2,400 acres and, at full buildout, will contain 5,000 plus residential dwellings. Of the +/- 2,400 acres, approximately 380 acres has been set aside for Commercial Development. This includes large format retail, corporate campus, resort hotel, higher education campus, and a town center. Included in the commercial development, Christus Santa Rosa has announced a long-term, multi-year option to construct a 30 acre medical campus which may include a short-stay surgical hospital, imaging services, emergency services, physician offices, rehabilitation services and more. In addition to this, Howard Payne University has also announced plans to build a campus at Veramendi, establishing New Braunfels’ first four-year college campus. All of these factors result in a strong, vibrant commercial sector positioned for many years of growth.

Phase 1, which is currently under way, will include over 500 residential lots, 10 acres of neighborhood commercial, multifamily/senior living and an elementary school which opened Fall 2017.