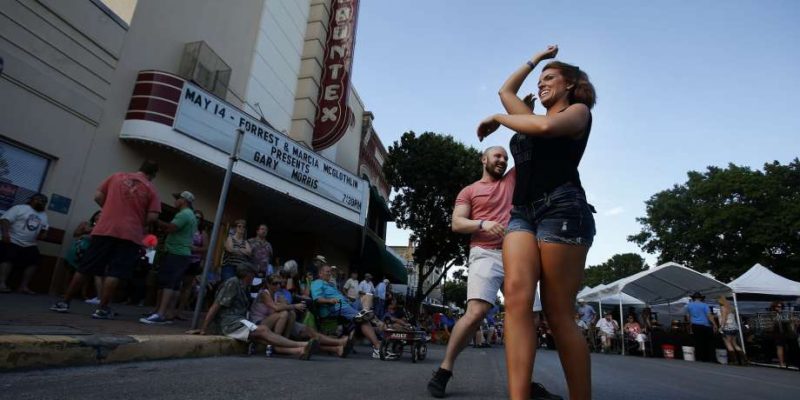 San Antonio Express-News – New Braunfels was the second-fastest-growing city in the U.S. from July 2014 to July 2015, and San Antonio gained more people than all but three other American cities in that same period, U.S. Census data being released today show, confirming that Central Texas’ population boom continues.

The vigorous growth along the Interstate 35 corridor between San Antonio and Austin foreshadows that the two cities eventually could merge into a mega-region with little distinction from one community to the next.

It also exemplifies the pattern of population gains in mid-size suburban cities that surround large cities as more people move from rural to urban areas.

“But not everyone wants to live in a downtown high-rise, so those people often desire the single-family home with a yard and that causes them to look outside the city for something more affordable, creating what we call the suburban ring cities,” state demographer Lloyd Potter said. “Now we have families living in the middle and one person drives to San Antonio for work, and the other goes to Austin. We’ll likely see that continue.”

Five of the nation’s 11 fastest-growing cities, with populations of 50,000 or more, are in Texas, the census bureau reported. Like New Braunfels, all but one were along or near Interstate 35: Georgetown and Pflugerville, both north of Austin, and Frisco, near Dallas. The other was Pearland, near Houston.

Texas also added more more housing units — 162,000 — than any other state in the year period studied in the data.

Georgetown, was the fastest-growing city in the U.S. in the year ending in July, increasing 7.8 percent from 59,000 people to almost 64,000. It dethroned San Marcos, south of Austin, which had been first for three years running.

“San Marcos is still growing,” said Sarah Gibb, a statistician and demographer with the census. “It’s just that the pace of growth has slowed.”

She noted that San Marcos did top 60,000 people for the first time.

New Braunfels grew by 6.6 percent, from 66,000 to more than 70,000 people, as of July. It previously was the eighth-fastest growing city and has nearly doubled in population since 2000.

Housing prices were a major factor for Greg and Marlene Nye, both in their late 50s, who moved to New Braunfels from Austin in 2014.

“We looked at cities all around the U.S. and Texas,” said Greg Nye. “We loved New Braunfels because of the charm of downtown, the homes, two rivers running through town, and it was just so much more affordable than Austin. We built a brand new home in downtown New Braunfels — a 10-minute walk from everything — for less than half of what we paid in our former central Austin neighborhood.”

He was happy to hear about the city’s size increase but hoped New Braunfels was prepared for such a jump. The couple also had considered San Marcos when moving from Austin, but the traffic already was bad there.

“I sure hope the planners and economists can do more to build up the infrastructure” in New Braunfels, said Greg Nye, who eventually left Texas because of the high humidity. “The traffic is miserable in Austin, and it would be a shame if the whole region became that way.”

Despite growth in smaller cities like New Braunfels, big cities continued to see huge gains. San Antonio held its place as the seventh-largest in the U.S., adding more than 29,500 people, for a total of 1.47 million as of last July.

New York added the most new people in the country and was the only city in the top 15 list not in the Southern or Western regions of the country. Houston was second and Los Angeles was third.

Texas’ other large cities weren’t far behind: Fort Worth was sixth on the list of cities with the most numeric growth, Dallas was seventh and Austin eighth.

The latest numbers back up census data released in March: the San Antonio-New Braunfels metropolitan area was only one of 16 nationwide that added more than 50,000 people from 2014 to 2015. Bexar County had the fifth-largest numeric population increase among counties.

The numbers also come out just as San Antonio officials are poised to consider SA Tomorrow, a three-pronged plan designed to help the city prepare for an additional 1.1 million people expected to live in Bexar County by 2040. City Council members discussed the draft plans at a meeting Wednesday and are set to vote on the plan this summer.

The idea is to encourage higher-density growth across the city and not just the kind of northern, suburban development San Antonio has experienced for years — patterns that largely have ignored the West, East and South sides of the city, hurting residents in those areas socioeconomically.

Without more density, better transportation systems or development that takes into account natural resources, it will be difficult to keep this a livable city once the population increases as demographers expect it could, city officials and consultants working on the plan say.

If the plan is adopted, “those residents would all have choices for shopping and housing and getting around, places of employment,” Mayor Ivy Taylor said. “Their life outcomes wouldn’t be constrained based on the areas of town where they live.”

Several council members raised questions about the plan, and a common one was how it would be enacted.

“What’s not in the plan … is how much is it going to cost to implement this?” District 9 Councilman Joe Krier said

“What we haven’t asked ourselves is, what is the cost of not planning,” Taylor said.

San Antonio soon will be in violation of federal ozone standards; some people are isolated in high-poverty areas; and traffic congestion already is a problem.

“We are paying those costs right now,” Taylor said.